Park City, Utah—Sundance 2015
The time is nearing 11pm and I’m sleep-deprived after driving into daybreak this morning from Los Angeles to Utah on the first night of the Sundance Film Festival. Our coverage crew can’t check into our hotel room till later in the afternoon so we push through the day and my eyes are stinging when I begin hearing voices speaking in Spanish on the second floor of the Marriott Hotel where the last string of reporters and filmmakers mix before crashing out.

One of those voices belongs to writer/director Tania Claudia Castillo, who is visiting from Mexico City with her lead actress Andrea Jimenez Camacho and supporters for the premiere of her short film PRIMAVERA (“SPRING”). We politely exchange greetings and business cards and agree to meet for an interview the following day after I get some much needed sleep.

In the morning we meet again in the lobby of The Prospector Square Theater, where PRIMAVERA is screening as part of Sundance’s Shorts Showcase. The film is about love between two disconnected sisters and its power to bring them closer—if only for a brief moment—before the older sister leaves home. The story follows Elba (age 14, portrayed by Camacho) as she floats through a couple of days of adolescence, from a fractured home to peer pressure at school to the demands of band practice all the while trying to reconnect with her surroundings, including her older sister Fernanda (age 19, portrayed by Paulina Avalos) who is at that rebellious age when she’s more interested in the opposite sex and taking her chances in “the big city” than in her mother’s rules and much less her sibling’s questions about life.

Castillo describes Elba as “a lonely soul” just trying to figure things out. She’s the immortal wanderer seeking answers from persons, places and things that can’t provide them so she must continue her search. Along the way, Elba crashes Fernanda’s going away party on the beach, where a boy asks her to dance. “I don’t know how to” replies Elba. So Fernanda steps up and teaches her; in that intimate moment they reconnect in the way only two drifting siblings can and reach an unspoken understanding that no distance can break. Fernanda moves to the big city the next day, and life carries on for Elba.

The film is a personal story for Castillo. “This [scene] actually happened to me” she confides. “The film is semi-autobiographical and based on my strained relationship with my older sister Isabel.”

“Has your sister seen the film?” I ask.

“No. I want her to watch it in a theater, that way she can appreciate it the most, instead of watching it on a computer screen. The film is dedicated to her; I want her to see her name in the dedication on the big screen.”

Castillo is developing a documentary based on PRIMAVERA with her sister, who has agreed to participate. She is shooting most of the film without a crew so as to capture a more organic, intimate interaction with Isabel, who is not a filmmaker. “Ultimately, both films are about family” she adds.

Before making the documentary, she will be directing her thesis in November for Centro de Capacitacion Cinematografica in Mexico City, where she is currently a student and through whose generous support she was able to make PRIMAVERA. Castillo is 1 of 16 students in the program out of 400 that applied and one of the few female directors in the program. When asked to describe that experience, she responds: “It’s challenging to be a female director in a male-dominated work place. It can be difficult to be in and stay in charge of an experienced crew that is used to taking direction from men.”

“How did you overcome that obstacle?”

“Directing requires confidence and takes a lot of effort. In the beginning, I was trying to prove myself, that I was capable of doing the job…Now, after having PRIMAVERA premiere at Sundance, it gives me confidence to keep me moving forward [with my films].”

“What have you gained from your Sundance experience?”

“It has reminded me to be honest with yourself, with your story and your film…Tell your point of view; that’s where your story is both unique and universal.”

PRIMAVERA does just that: in Elba we can see both Castillo wondering and wandering around the streets of Veracruz, Mexico (where the film was shot) as well as the little sister everywhere who just wants to belong. 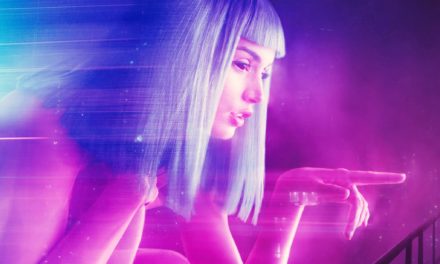 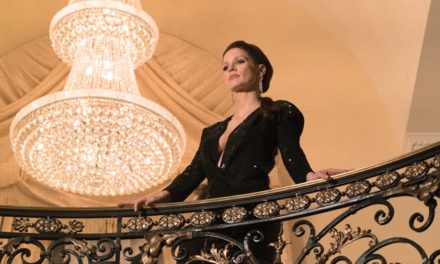