I fell in love with filmmaking after launching my first award-winning documentary Truth Seekers in 2016 and experiencing how film serves as a powerful tool and emotionally engaging format that can introduce unique voices and innovative visions to diverse audiences. Six years later, my filmmaking experiences have catapulted me as an “established” independent storyteller with four award-winning documentaries on my portfolio that tend to focus on community engagement and social justice. My films are multicultural and intersectional often reflecting my own positionality as an Asian-Pacific Island Latina. While Independent film festivals provide filmmakers and smaller production companies with the opportunity to shine amongst more established mainstream colleagues, the inner workings of the industry can be difficult to navigate. The following serves as a personal testimonio of some of my experiences as an Independent storyteller.

Whether submitting a project or networking as an audience member, film festivals remain a critical part of the filmmaking process. FilmFreeway continues to serve as the exclusive submission method used by festivals worldwide. Budgets are sometimes necessary since one can spend a few thousand per project as a majority of film festivals charge for submissions ranging from thirty to one hundred and fifty dollars for short and feature films. For filmmakers, festivals represent a strong way to land a distribution deal for their films. Laurels, cash awards, equipment, and other prizes can also serve as some of the perks of the industry circuit with Sundance, Toronto International, and Cannes representing a few of the most prestigious yet highly competitive spaces to acquire distribution deals through associated networks.

So how do projects get selected? It really depends on perspective. I have discovered that programmers make critical choices based on point of view, timing, and centerpiece gala material. Major festivals often review thousands of entries with the challenge of limiting selections to fulfill programming. Therefore, the key is to research prior to submission and watch deadlines.

There remain certain differences between new and well-known film festivals. Newer festivals can be challenged with securing funding for events, developing press connections, and building their audience. Film festivals that have existed for at least seven years have more capacity to support projects since they have established longevity and audiences. Founded in 1978, Sundance, as one of the most recognized film festivals in the industry, prides itself on showcasing quirky new up-and-coming stories, however, often debuts works by Hollywood celebrities because their status brings free publicity.

Some festivals require creatives to be of heritage, culture, or associated with the storytelling content as a prerequisite. During the submission process, one has to indicate ethnicity and connections through identity categories. Yet, some festivals are moving beyond this model and expanding their notion of community. For example, the South East European Film Festival (SEEFEST) has been enacting a philosophical vision to amplify stories by creatives, cast, and crew from other communities authentically telling Southeastern European stories.

Over the last two decades, there has been a push for representation with emerging markets encouraging underrepresented groups, such as women of color, LGBTQIA, and students to participate. However, race and gender disparities continue to permeate with aspects of the industry continuing to operate in niches and cliques. For example, now having earned its tenth laurel at the time of this writing, in my experience with Aloha Soul Food, a personal and intergenerational family story that explores decolonial foodways through the life stories of six Pacific Island women, I found that some of the Asian Pacific Island markets would highlight films from Asia (China, India, etc.) despite the claim of inclusion of Pasifika film. Some festivals are becoming more inclusive such as the Sacramento Asian Film Festival (SAPFF) and the Silicon Valley Asian Pacific Film Festival (SVAPF) which both sent me a personal note on the importance of having authentic representation of Hawaiian-based films and how honored they were to screen my film. To my disappointment, Aloha Soul Food got shut out of the film festival circuit in Hawaii this year, despite the story being based on Maui, connected to personal native Hawaiian heritage, and underscoring the experiences of Pacific Island women. However, I am grateful to have support from my colleagues at the University of Hawaii, Maui College who believed in this project and created special screenings free to the public so that the community could access the film. For me, the workshop screening was an unforgettable experience because of the relationship bonds developed with the college students. Interestingly, I received more acceptance from international festivals like Canada as well as Latinx markets such as OC Film Fiesta whose vision embraces multicultural models and intersectional works. Ultimately, although film festivals have to operate business-like, they also have to balance the creative side and support filmmakers with growth opportunities.

I did not go to film school. I drew from the worlds of art, photography, oral history-testimonios, and creative experimentation in which many teachings emerged from immersing myself in the journey. The intent in sharing my filmmaking experiences in this article is to hopefully inspire other creatives and storytellers to begin to document their own stories. The filmmaking path can be highly lucrative and personally rewarding. Earning an award signifies increased visibility for projects as well as building networking bridges that can connect one to new people. In some cases, it can also mean receiving financial support through fellowships, grants, and seed money. For anyone with a great story pondering whether or not to create a film, just jump in. 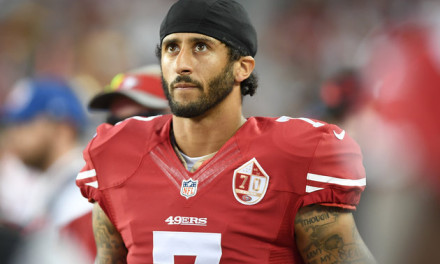 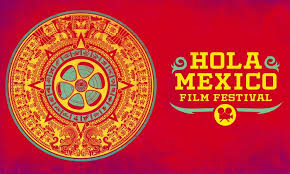