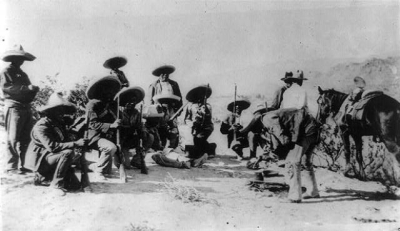 On my way to speak to Paz Cassidy, the co-manager and event planner of the 4th Street Market in Santa Ana, California (formerly Fiesta Market Place), the aroma of fried food and fresh brewed coffee is the telltale sign I am near.  High-scattered clouds, the cool temp, the soft, barely noticeable breeze, promises another rainless evening – a point I would have been passively thankful for in the past. But lately, I look for small signs indicating even a drizzle in our drought plagued Southern California. No longer do I consider the mild, California climate, as  just my good fortune to live in such a place. I am forced to question what my part is in saving it.

My walk down the wide, red-brick sidewalk is easy, as I pass large newly erected planters of Queen Palms still and unmoved by the breeze, and then Style World, the woman’s dress shop, where through the display window, I observe several young Mexican ladies browsing through pastel, short skirts, halters,  and oversized bags.  Directly outside the market, a middle-aged Mexican woman in a full-aproned skirt relaxes on a chair under a tilted red umbrella that shades her and her chicarones cart. A man and a young boy chat in Spanish with the woman as she gets up to prepare their treat. The dress shop, the lady and her cart, the Spanish chatter, in such close proximity to the market, are a reminder of how old Santa Ana intersects with the new.  This east end of historic downtown for the past 30-35 years, has primarily served Santa Ana’s Latino immigrant community. In recent years, Orange County business investors have transformed the area to attract a larger buying demographic to downtown Santa Ana, to bring revenue to the city in hopes to  ultimately see long- term improvements here.  Albeit a controversial, even contentious movement, this is the context from which 4th Street Market emerged.

I can’t help but wonder as I pull on the heavy glass doors to enter the market if  the rest of the local community – the old Santa Ana – feel welcome in this new edifice that has replaced their once bustling and familiar Fiesta Market Place. I wonder, too, about the younger generation. Are they consumers only? What business opportunities are being afforded to them, if any?

For these answers, I looked to Paz, the energetic, brown-haired, brown-skinned woman who is an equal blend of her Los Angeles Mexican mother, and her Hawaiian father.  She is warm and enthusiastic and more than willing to sit down and chat with me at one of the trendy, circular, metal tables. On this side of the court, at 4:00 pm, it is difficult to hear her. Acoustics from the high ceilings amplify the mix of voices and the bustle. Nearly all the surrounding tables are filled with customers, who are either eating food from the various vendors, sipping coffee from Coffee Portola, or savoring a glass of wine or beer from the wine court. And they truly are a mix. Hipsters, young Mexican mothers with one or two kids in tow,  professionals, and clusters of high school age kids wearing backpacks, dark pants and various shades of black t-shirts.

Our conversation is fast moving. Paz’s love and passion for her job is impressive; she is keenly aware of how this job is a natural fit when she considers her upbringing of growing up around the culinary arts on both her mother’s side where she assisted her as early as age four in LA, slicing carrots to prepare to sell to customers, to summer visits in Hawaii, where her father’s family regularly held family cook-outs and showed off their culinary skills,  honed when they were chefs in the Hawaiian restaurant and hotel industries.  However, I was most impressed with her responses on how the market includes the community, the youth and the locals, even as it embraces an expanded demographic.

Paz boasts that the 4th Street Market, open since February of 2015, is a launching pad for entrepreneurs who, through a Shark Tank style interviewing process, have proven to have an interesting product, a reasonable base of followers, and a drive and vision for their own success. They are “chefs bringing their ideas from concept to consumer.” Once hired, 4th Street provides vendors with a 325 sq. ft. space to prepare, cook and sell their product, which includes 3-5 core menu items that are often unique, but have proven to be popular to their following and newly acquired customers at the market.

“Are these vendors local?” I ask.

One of the popular vendors, Dos Chinos are native to Santa Ana, attended  Santa Ana schools, and for the last 5 years have sold their signature specialty tacos from a taco truck where they acquired a large following before they became vendors at the market. Paz tells me many of the fifteen vendors are Santa Ana local chefs, including the vendor of Stockyard, who worked his way up from bus boy, to cook, to an employee at the local Crosby Theatre, then navigated his way into a creative sandwich chef at 4th St. where his mission states his company is there to “bring meaty cheesy goodness to the masses… and [the menu]…consist of gnarly sandwiches, poutines, soups, and salads!”

Paz also brags about the  state of the art incubator rental kitchens, another opportunity for fledgling local artisans to practice their craft with support. Once a chef is satisfied with his product, he then has the option to test it in Honor Roll, the in-house store.

Paz lights up  when she tells me how vibrant the entertainment at 4th Street is every weekend. Families convene on the patio, with its colorful, striking wall art (painted by local artists),  to watch movies in the afternoons. On scheduled nights, local singers, students and  poets sing or recite their verse. Dancing and singing along to traditional Mexican music or Reggae has more than a few times given Paz  material to post on the market’s Instagram page. Once darkness settles  on the streets, young people crowd the corridor outside the market to hear live rap artists and other musical talents. Paz gives me a slight side eye and assures me that the events have been safe, which is a concern that outsiders may cite who have an old perception of Santa Ana in mind.  She’s excited to bring in more acts as the spring turns into summer, and the days are longer, and the nights warmer.

I breathe a sigh of relief at what Paz has shared with me. She, at least, is attempting to preserve, not erase the essence of a culture that has been here for years. Not only that, but she is a key facilitator of a  business model that embraces the vision of young people  who desire to be business owners, helping their dreams come to fruition, cultivating a form of social equity, otherwise not afforded to them.

I take a last glance at the customers I see roaming about.

“Paz, I see a few young Mexican women with their kids, but I don’t see many older Mexican men or women. How do you feel about that?”

“It’s a touchy subject. You’re glad to be making new headway, but you’re sad if people were moved out of the way to do it. I am concerned about my fellow man. Change is inevitable, but I want to bring them [older Santa Ana] back.”

She scoots a little closer to me.

“Everybody’s view of where they belong is different. I’ve worked to belong my whole life. Especially as a woman of color.”

She nods to me like she knows I understand. I nod back.

“I can’t tell you how many times some will just stand at the big glass doors, hesitate, but don’t come in. I rush over, tell them to come in and hang out. I tell them ‘you belong here.’ That’s my job. This is our community; they’ve already been a part of it forever, so I say, ‘let’s dance’.

Outside, I pull my jacket close around my neck to ward off the coolness that has set in. Still, no rain clouds above. But I’m okay with this. I’m more accepting of what I can’t change. The drought is here. But, I can preserve all within my grasp. And I can also appreciate the beauty that lies beneath uncertainty – will, imagination and creativity of visionaries, young and old, who find it’s worth the cost to fight for what they love. 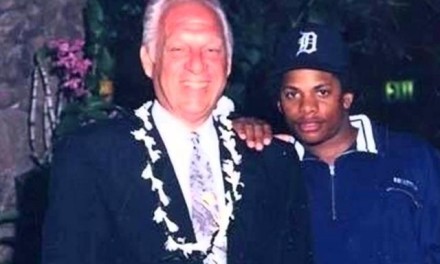